Kokuryu vs. Other Martial Arts

At Black Dragon Martial Arts, we teach Kokuryu, a unique martial arts style that originated in the 70s. Kokuryu may not have the household recognition of classic staples like karate and taekwondo, but it does do something very important that other martial arts do not: it takes the best of the best from all martial arts and mixes it into something that is truly elegant and refined. 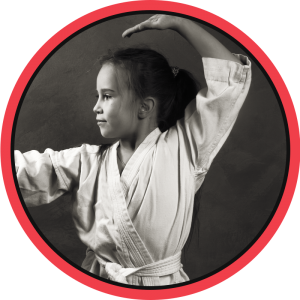 What Separates Black Dragon Martial Arts From Our Competitors

There’s one thing you need to know from the get-go if you’re considering signing up at Black Dragon Martial Arts: we’re serious about self-defense. That’s why we adopted Kokuryu as our style — for practical, real-world self-defense and combat training, there is no better style.

That may seem like a bold claim, especially since traditional styles have been around for thousands of years, but we stand by it. Why? Because Kokuryu doesn’t limit itself by focusing on one singular aspect, it takes the best of many existing styles, and combines them all together into something that’s effective, easily learnable, and applicable for real-world situations.

Staying Away From Faux Martial Arts

See, here’s the thing. There are plenty of martial arts dojos out there, but you’d be surprised at how many of them don’t actually teach practical self-defense skills. Our pals over at Patriot may teach “freestyle karate,” but that’s pretty much code speak for “do whatever you feel is best,” which is no way to learn self-defense. Other local dojos such as DePalma and Price’s Karate fall into the other side of the spectrum, focusing more on tired old traditions and fancy forms that will leave you fumbling in a real-world situation.

For years, martial arts dojos have taught programs that cater to comfort. Signing up your kid? Expect them to be taught in a comfy, cushy environment where they’re arbitrarily taught punches and kicks without the valuable context of why they’re important. Expect them to advance through belt rankings like it’s easy street, and then swiftly forget it all when they inevitably get bored of it in their teenage years.

Self-defense isn’t about learning how to show off your moves in a choreographed form sequence — it’s about knowing how to defend yourself in times of danger. In these weak martial arts programs you’ll find in our competitors, we’d be surprised if the kids could prevail against their schoolyard bully, much less their parents.

Become a Dragon – Learn REAL Martial Arts at Our Dojo

We offer something real at Black Dragon Martial Arts. Our curriculum isn’t easy, but it’s effective. Not only that, it’s uniform across all ages, so you can rest assured that your kids won’t be learning some watered-down sissy version of self-defense. We understand the threats that commonly face people in the real world, from aggressive bullies to predatory sleazebags on the street.

Whether you’re young or old, male or female, you’ll benefit from knowing Kokuryu, and not only that, we know you’ll love our approach to martial arts education. We’re so confident in that claim that we offer a free introductory class. Stop on by and see what all the hype is about — you won’t be disappointed.