Recently, some news has been going around about the arrest of a certain Dallas Michaels, who was accused of certain crimes such as impersonating an FBI agent and extorting money from a bar owner. Well, if you’re here reading this blog, it’s probably because you know that Dallas Michaels runs Black Dragon Martial Arts, and you might be wondering how that reflects on this humble martial arts dojo.

I am Dallas Michaels, and it’s time to set the record straight.

Before I get into the details, here is the most important piece of information: the arrest was deemed a misunderstanding, and ALL charges were dropped right away. Unfortunately, the media loves controversial stories more than “boring” ones about arrests made in bad faith, so even as law enforcement has dismissed all of the charges, my name is still being dragged through the mud.

I am a man who believes in honesty and integrity, and these are principles that are foundational to the martial arts here at Black Dragon here in East Valley. To everyone who is skeptical about what happened on the night of my arrest, you deserve a more accurate report of the events.

What Happened the Night of the Dallas Michaels Arrest

The allegations from news outlets make this night sound like something you’d only see in a crime movie — they report a silly story about me using my badge to fake as an FBI agent and shakedown a drug kingpin at his own home. This is not only highly illegal, buy it’s absolutely ridiculous if you know the kind of person I am.

The real version of the events is a bit more mild, and that’s why the cops let me off with no charges almost immediately — because there was no wrongdoing. While it’s not quite on the same level as the aforementioned crime movie plot, it was more extraordinary than a typical night out.

In reality, I was at a bar with a badge and gun — this is because I have a contract with the FBI and DHS, and I perform ALICE seminars for them. ALICE seminars teach advanced self-defense training, such as CQC combat, takedown tactics, and unarmed weapon defenses.

The night of my arrest, I had conducted an ALICE seminar at a bar, and to unwind, I headed to another bar afterward, still sporting my badge and gun. It was there that I ran into something unexpected — some guys trying to shake down who they claimed was a “Russian Mafia” drug kingpin. While I don’t want to dive into all the details, I got swept up into their garbage, and that ultimately led to the misunderstanding that led to my arrest.

All Charges Dropped In the Dallas Michaels Arrest

It’s easy to see how my actions would be conflated with what you’ve read in the sensational news stories. As someone who does contract work for the FBI, one can see why it might look like I’m impersonating an officer when I’m wearing a badge and a gun. When you’re on the outside looking in, one can see how it might look like I was part of the group that was trying to shake down a “drug kingpin” for money.

But details matter, and when the cops learned the true events of my story, they quickly concluded I had done nothing wrong. No FBI impersonation. No extortion. No blackmailing. Just a simple misunderstanding about who I was, what I was doing, and the people I happened to be around that night. It wasn’t long before the charges were dropped and I headed home in peace.

That’s a little less exciting than a story about strippers, mafia lords, drug hustling, and blackmail. But, while those elements can make for a dynamite movie, they’re not things that I want to be associated with my name, and especially not my Martial Arts Studio.

I’m not going to say I can’t take a hit. I’ve taken countless punches before, both literally and figuratively. Does it bother me that some people can read a news story and pick up a completely false narrative about me? Sure, but life moves on, and they can go on believing whatever they want. I can roll with that.

But when it starts affecting the people around me, that’s where I draw a line. Black Dragon Martial Arts isn’t just a Dallas Michaels dojo — I have staff and students here who I am very close to, and they shouldn’t have to suffer the consequences of this hearsay. Believe what you want to believe, but if it’s making you reconsider your commitment to Black Dragon, I would strongly ask you to reconsider. We believe in honesty and integrity here, and many people have found a home at our dojo. Between this news story and the COVID-19 pandemic, we’re fighting with everything we’ve got to keep Black Dragon alive.

You got beef with me? I can take it — but for the sake of my students and staff, please don’t take it out on our dojo. And furthermore, I’m more than willing to answer any questions you might have about this story. I’m an open book. 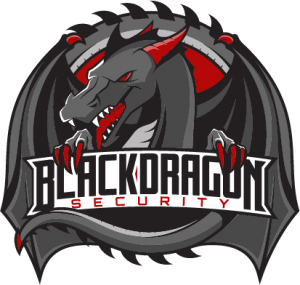