From Bullies to Buddies

Although the nature of bullying evolves and changes over the years, it has never stopped being a part of our social framework, and this couldn’t be more true than in school. Bullying is as much of an issue today as it was 20, 50, or 100 years ago, and due to the way that it can be massively amplified by social media, it’s more important now than ever to take progressive action against it.

At Black Dragon, our head instructor Renshi Michaels is a certified Bullies 2 Buddies instructor, and we commonly hold seminars all over the state of Arizona to raise awareness about bullying and promote effective solutions to the problem. 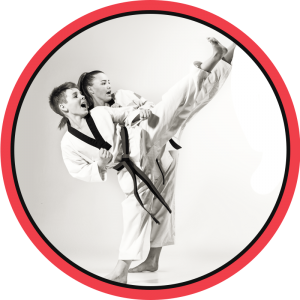 What We Aim to Achieve With Our Anti-Bullying Program

Bullying is a tricky landscape to navigate, because although it is still exceedingly common among children in our schools, it tends to change over time. While “traditional” bullying isn’t entirely extinct, the majority of bullying is much less obvious than it used to be. Bullies aren’t really pushing kids into lockers anymore and demanding their lunch money, or beating up weaker kids for the fun of it. That’s not to say that those things never happen, but for the greater part, today’s bullying takes place on different fronts.

In our anti-bullying seminars we help both students and parents to understand what today’s bullying looks like. We, of course, have a lot to say about traditional bullying, but we also help to paint a picture of what bullying looks like in the world where we have social media, a bombardment of screens, and an interconnected world among adolescents. We’ll examine this world, and help both students and parents to create viable solutions.

While we are a proud martial arts studio, there’s one thing that we emphasize here at Black Dragon — peaceful solutions should always be the top priority.

One misconception about martial arts in general is that it’s about violence. On the contrary — martial arts teaches people how to fight, but in the name of self-defense, not angry aggression. It’s well within the philosophies of most martial arts disciplines that peaceful resolutions are always a top priority.

Our anti-bullying program focuses first-and-foremost on promoting the Golden Rule. By learning how to de-escalate bullying, deflect harmful behaviors, and connect with the bullies themselves, victims can often diffuse the situation, or even reverse it. We’ve seen countless occasions where both bully and victim have actually befriended each other due to productive coping and communication.

In today’s world, the way that a child reacts to bullying can greatly exacerbate the problem or quickly end it. Confidence and coolness is key — and on the front of social media where one’s reactions are scrutinized, highly-public, and susceptible to widespread proliferation, it’s critical to help victims understand how to prevent major escalations. We can help. 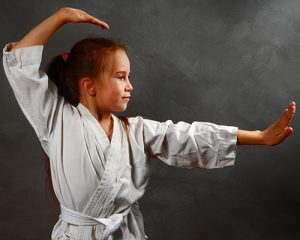 So Where do Martial Arts Fit In?

With everything we’ve said about peaceful resolutions, productive communication, and de-escalation, it’s important to remember one thing: we live in the real world, and sometimes those ideas are more of a fantasy than a reality. Some bullies are insidious and won’t respond to any kind of pacifying action. And, even worse, some of them may engage in unprovoked violence.

That’s where martial arts comes in. We teach Kokuryu to students of all ages, and we believe in somebody’s right to defend themselves. Schools often have a zero-tolerance policy of children defending themselves against aggressive bullies. Well, we have a zero-tolerance policy of the strong picking on the weak! At Black Dragon, we teach that fighting is always a last-resort. But if the situation arises where violence comes your way whether you like it or not, it’s far better to be prepared than helpless.

Our Kokuryu classes teach practical, actionable martial arts principles that are grounded in the real-world. We help students of all ages to understand how to react in an actual bullying situation so that they can stand up for themselves and apply valuable self-defense techniques.

Of course, there’s much more to martial arts than just combat and self-defense. There are many aspects of our Kokuryu program which build up students in other ways — ways that can give them a greater shield against would-be bullies. Here are some of the ways that martial arts can indirectly help a student become stronger against bullying:

Get Started With Our Anti-Bullying Classes in East Valley

Is your child struggling with bullying in his life? Do you suspect your kid might actually be a bully who needs enlightenment? Do you simply want to teach preparedness and prevention? In all of the scenarios above and more, Black Dragon’s anti-bullying program is a great place to start. Contact us today to get started!

10% off for first responders or military ​

10% off for any second 'immediate' family member enrolled

15% off for any third family member

20% off for any fourth family member

$50 credit will be applied to your account for each new student, not immediately related to you, you refer and who signs up for a six-month contract, and stays past the first month.

Don’t hesitate to contact us today to learn more about our programs for youth and adults.